You are here: Home / Archives for Anti-democratic preselection

Democracy dies in darkness, but the light was still burning for the 150 people who attended a vibrant meeting held by Open Labor, the Independents and members of the Melbourne FEA 19 July to stop shadowy preselections and the undemocratic way federal and state shadowy they are being conducted in … END_OF_DOCUMENT_TOKEN_TO_BE_REPLACED

'Like 19th-century empires dividing up Africa: Victorian Labor peace talks threaten to erupt on sticking points to the so-called Stability Pact between the Right and Left.' [Read the article- external link, may be behind pay wall.] Visit Open Labors call to Stop the shadowy preselections … END_OF_DOCUMENT_TOKEN_TO_BE_REPLACED 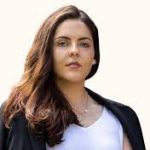 In a preselection fight between two candidates for Labor’s safest federal SA seat, Alice Dawkins stuns the ALP, serving it a legal letter claiming the campaign process is unfair and 'anti-democratic' – and threatening Supreme Court action if her concerns are not addressed. [Read more - external … END_OF_DOCUMENT_TOKEN_TO_BE_REPLACED