You are here: Home / Archives for Past ALP reform reports 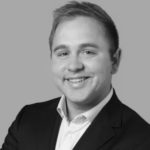 David Barda writes: Since 1964 Labor has commissioned eight or nine party reviews (depending on how you count them). I’ve read them so that you don’t have to. The Bracks-Macklin review is the most recent in a long history of ALP reviews. As a reforming party, we have always had a healthy … END_OF_DOCUMENT_TOKEN_TO_BE_REPLACED

“The individual party membership is appalling. Our membership in relation to our vote is less than one per cent!...One reason is that the party does little to encourage people to join. Too many branches meet in shabby, ill-lit and depressing surroundings. Too much time is wasted on routine matters. … END_OF_DOCUMENT_TOKEN_TO_BE_REPLACED